Images of a family album

The Harvest
This is a picture of mij grandmothers parents. What struck me the most of this picture is the poverty that it radiates. Two people working the clay with their bare hands. Harvesting some potatoes. They had to feed ten children with it.
This picture is my inspiration to design a serie of rings. Representing a life of hard work, literaly digging the harvest out of the ground, only using your bare hands.
The Harvest
Rings
Casted, oxidized silver and gold. 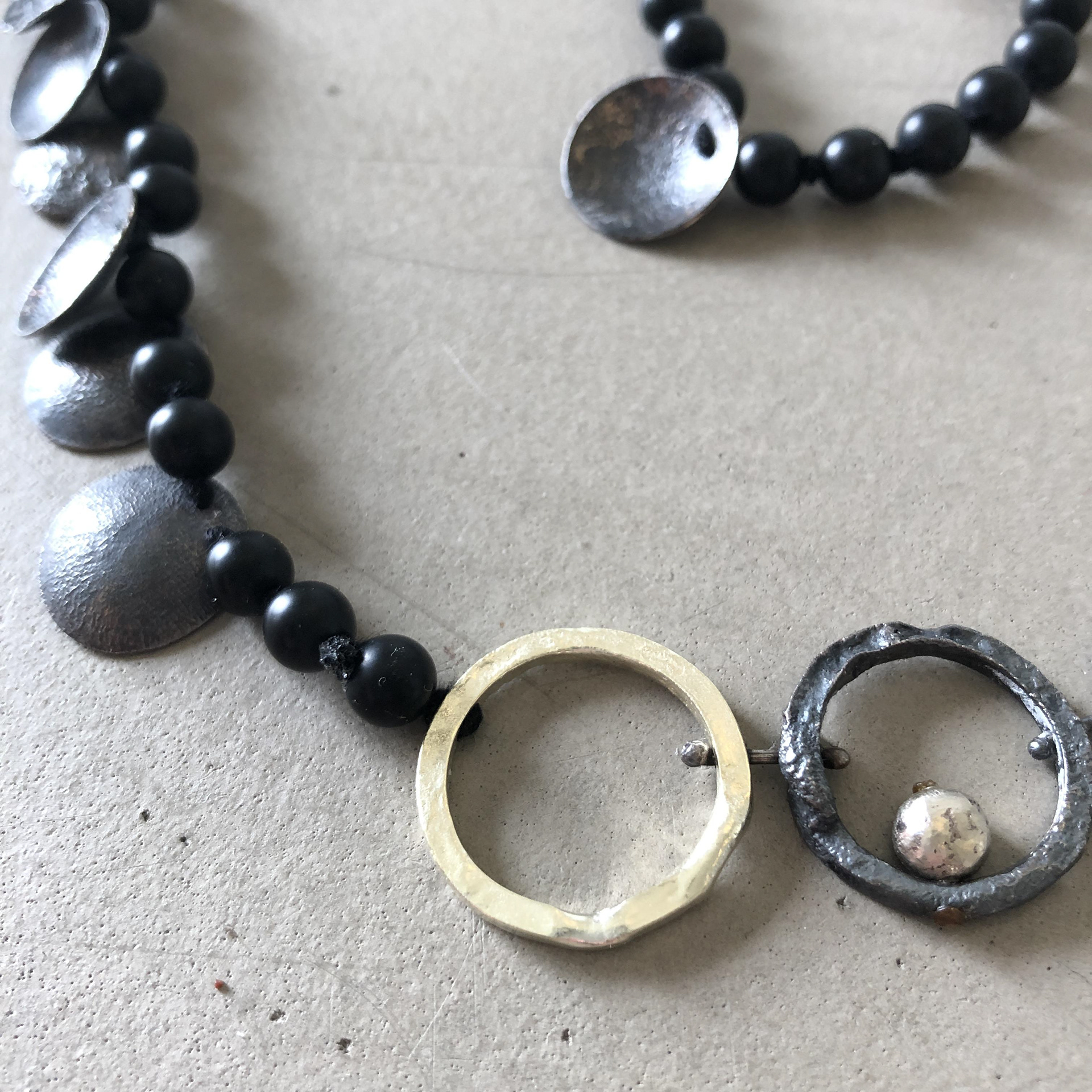 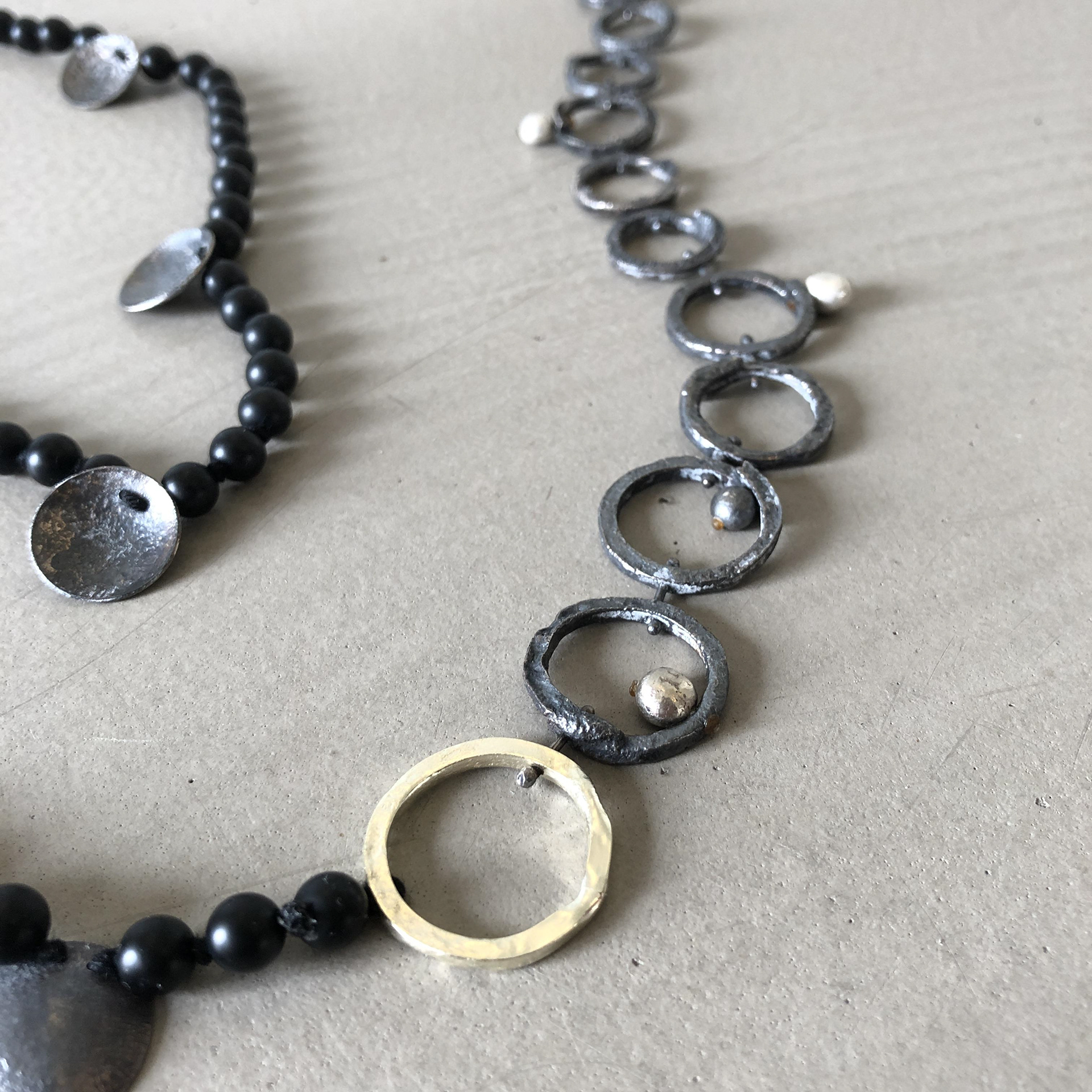 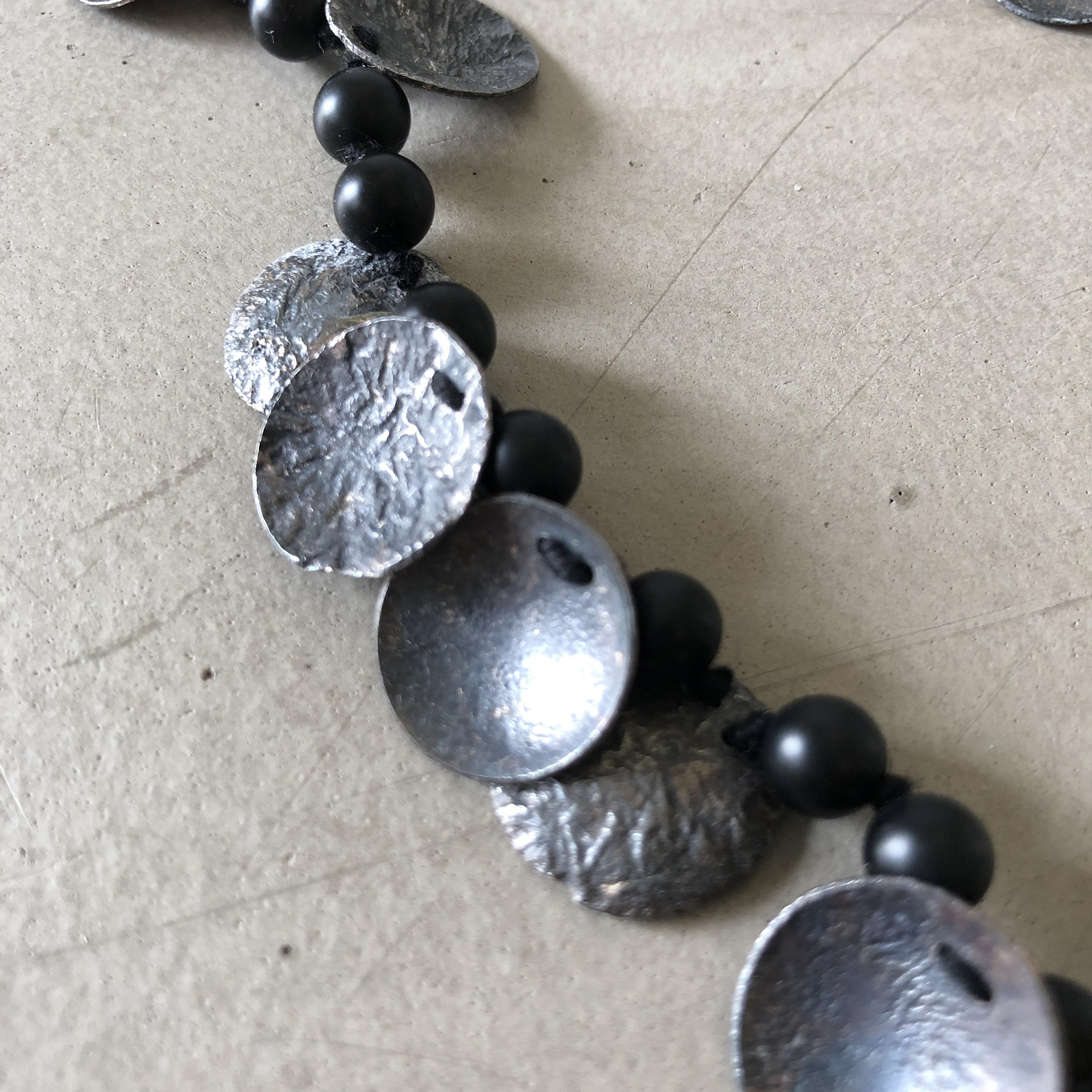 Interconnection
My grandparents married in the spring of 1945. The south was already liberated, the north of the country was still at war. My grandparents met at the wedding of my grandmothers sister. Soon she was expecting, so no time to waste. Even though the war was over in our village, people were poor. My grandmother got married in a black dress and pearls, probably borrowed from her sister.
I used this weddingpicture as an inspiration to design a wedding-necklace. If you have nothing, you have to be creative. People had to make the most of it, hand-made. This necklace is about two different characters joined together with a golden ring. There are also four silver pearls that represent the four children that my grandparents had.
Interconnection
Necklace 95cm
Oxidized silver, gold and matted onyx.

Independent Links
In this picture you can see my grandmother (middle) and her friends at the beach in Scheveningen.
In 1935 my grandmother was sent to The Hague to work as a maid with a Jewish family and their shop. She was only 14 years of age. Remember that she came all the way from Zeeland, a day's journey away form home. I asked her if she didn't mind being that far away from her family and having to work so hard at such a young age.  But she felt her sister Clara had a much harder life. Clara worked at a farm nearby the family home and had to get up at five in de morning, milk cows and prepare breakfast for the hired hands.
Being a countryside girl, my grandmother became acquainted with the city-life. She lived just a few blocks away from the Kurhaus in Scheveningen. The Jewish family was very musical, that's how my grandmother learned to appreciate classical music. Every saturday she had the day off and often went to the beach with friends.
Compared to home this was a generous life.
After the war broke out, my grandmother was sent home. Living with a Jewish family in the city became too dangerous. During the war, the Jewish family was deported and never heard from again.
This story was my inspiration to design this necklace. I think these experiences laid the foundation for the independent woman my grandmother was. Independent and sturdy shaped links, against all expectations. Just as my grandmother was, shaped by history.
Independent Links
Necklace 46 cm
Oxydized silver.
INSPIRATIE IN JE MAILBOX

Events
↑Back to Top